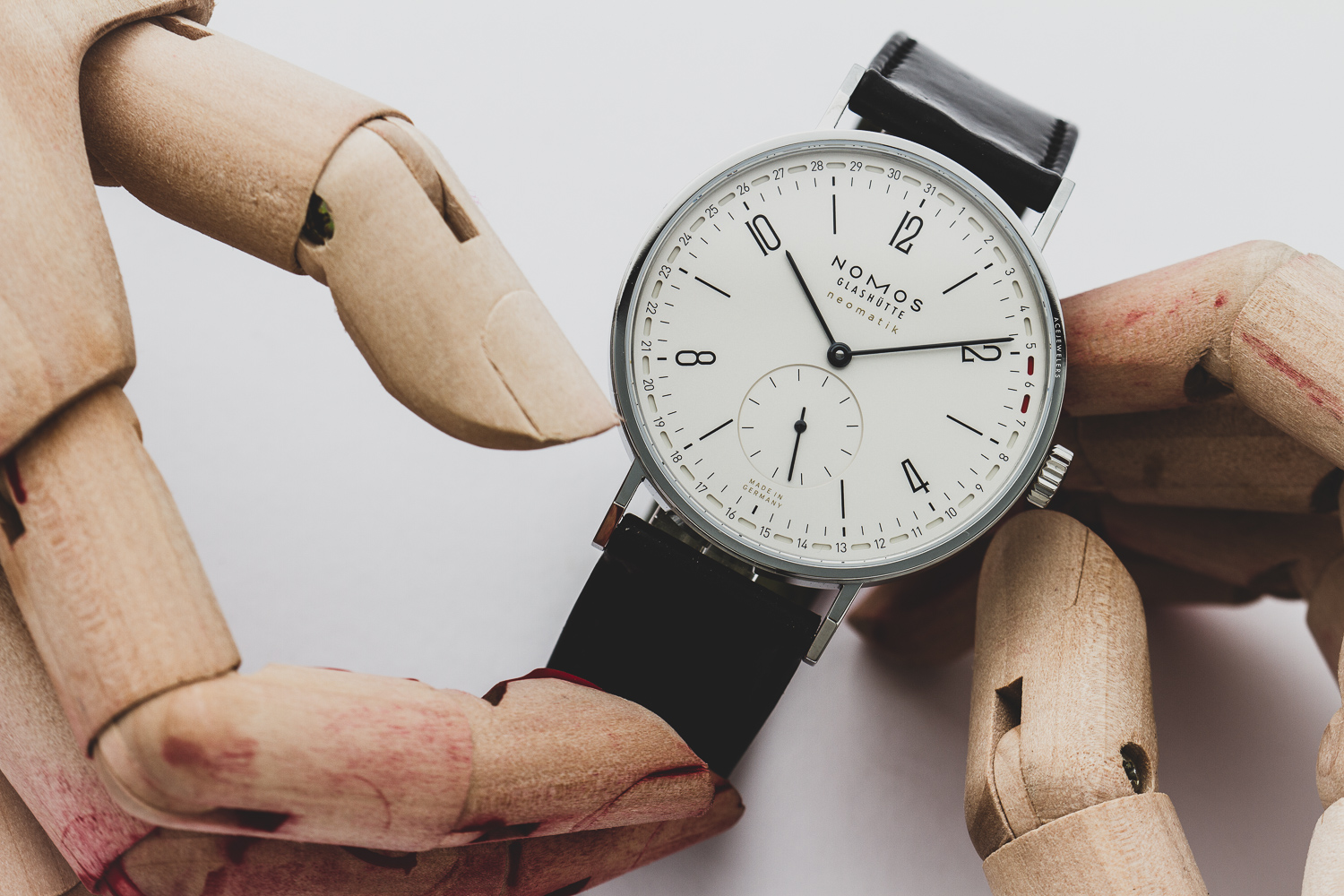 Now it’s official: At the prestigious Grand Prix d’Horlogerie de Genève, NOMOS Glashütte took home an award for Tangente Update. According to the jury, “the Bauhaus watch is equipped with a handcrafted movement of a value far surpassing its price.”

GLASHÜTTE/GENEVA, NOVEMBER 2018. It is regarded by some as the Oscars of the watchmaking industry: the Grand Prix d’Horlogerie de Genève (GPHG). NOMOS Glashütte took home one of these prestigious awards for Tangente Update – and is the first non-Swiss manufacturer after A. Lange & Söhne to do so.

The GPHG awards are bestowed by a dedicated body, the Fondation du Grand Prix d’Horlogerie de Genève. The GPHG presents its annual awards in a total of twelve categories. Despite many strong contenders, NOMOS Glashütte mastered the recently added “Challenge” category with Tangente neomatik 41 Update. The new take on the classic Tangente is powered by an entirely re-engineered movement—the neomatik date caliber (DUW 6101). Built with an integrated date mechanism, the automatic movement still measures just 3.6mm and features a strikingly slim profile.

Positioned at the outer edge of the movement, the date ring enables an entirely new calendar system: two red markers frame the respective date. The product of fine German craftsmanship and cutting-edge engineering, the innovative new movement has already been registered for two patents.

With the GPHG, the mission of the Fondation du Grand Prix d’Horlogerie de Genève is to promote the values of fine Swiss watchmaking worldwide. Outside Switzerland, it would now appear that Glashütte has been welcomed into the fold. NOMOS CEO Uwe Ahrendt, who accepted the prize on behalf of the company and its watchmakers, is pleased: “Receiving this award is a tremendous honor for a German manufacturer. In the three short decades since the German reunification, we have made great strides in Glashütte, in our own ‘Vallée de Joux en miniature’. I’m proud that our colleagues in Geneva are taking note of that progress.”

105 brands competed at this year’s GPHG awards, among them Tag Heuer, Tudor and, Vacheron Constantin. A total of 195 timepieces were submitted for consideration by the 30-member jury, which included such renowned watchmakers as Philippe Dufour, and 16 winners were chosen.