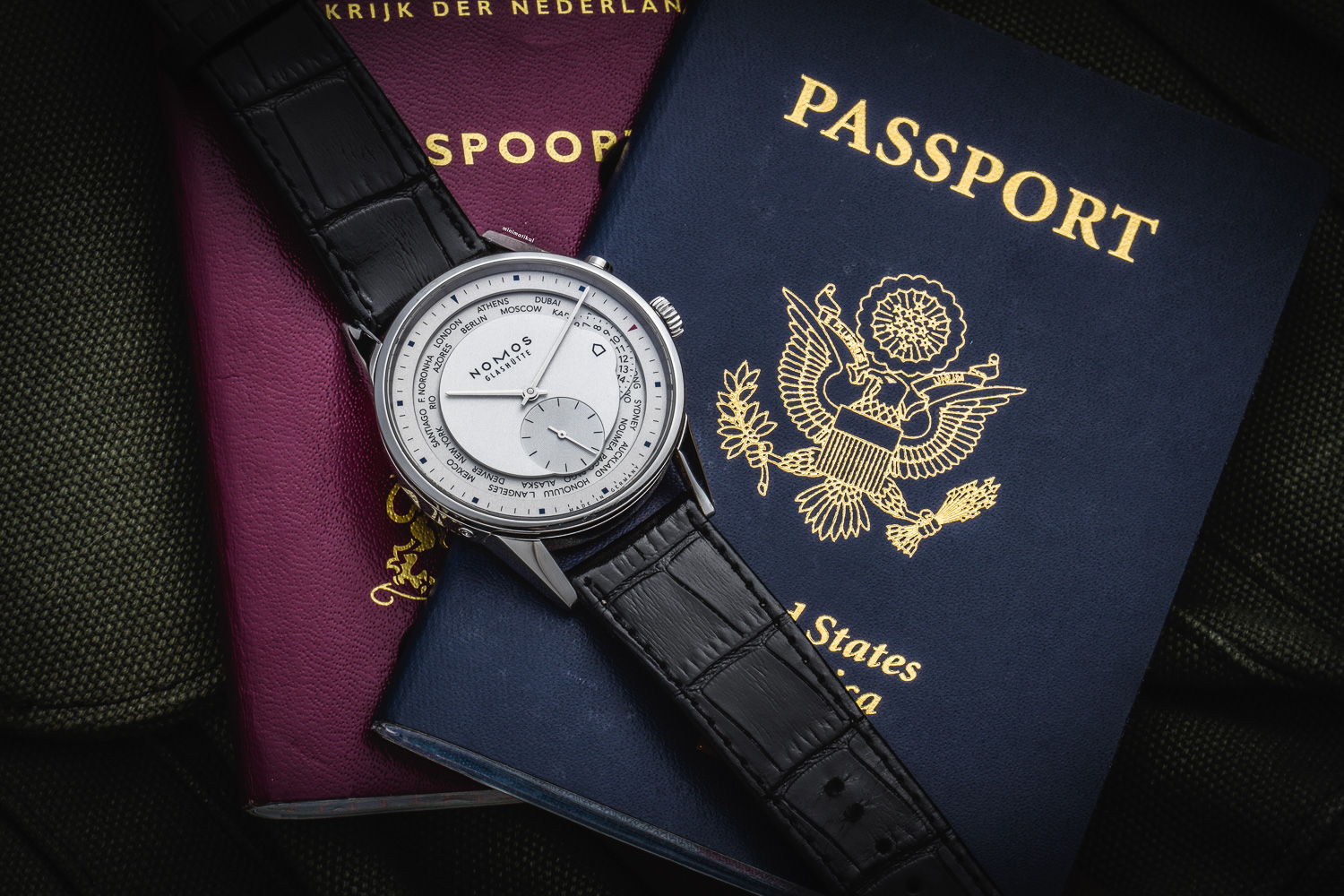 While the Zürich Weltzeit is one of my favorite watches, it is not a world time watch in the strict sense of the word. The city disc is there to indicate which time is shown by the central hour and minute hands. The 24-hour disc at 3:00 shows home time, as indicated by the 🏠. The button at 2:00 let’s you select a different city; when pressing it the disc will jump to the next city, and the hands will show the time accordingly. In the mean time the 3:00 disc will remain stationary, displaying the time back home. Jumping between the 24 different cities is a breeze., and the oft-flawed legibility of traditional watches with world time functions is 100% on point. As per the best NOMOS tradition!