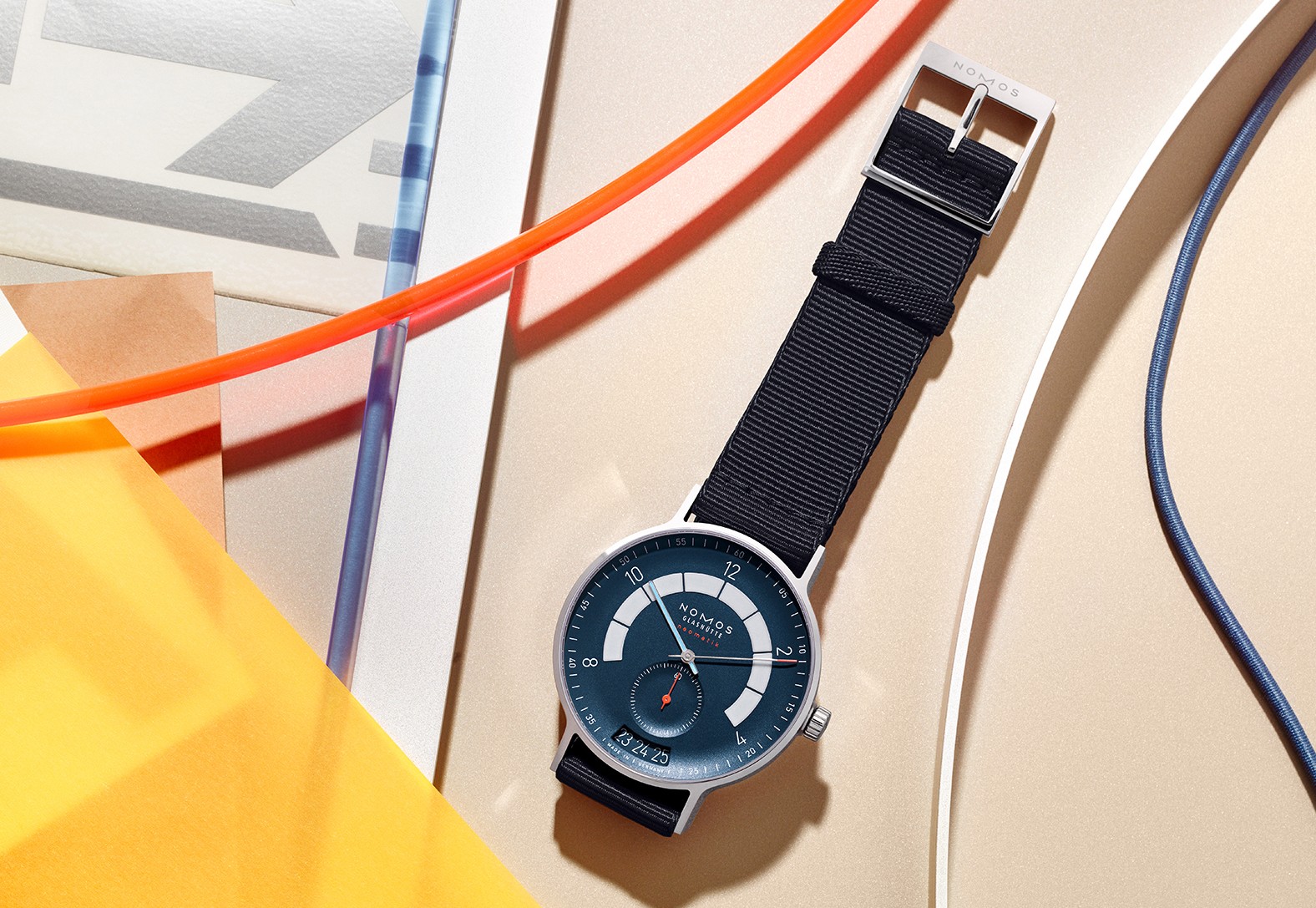 NOMOS Glashütte has officially captured its sixth Good Design Award, a prestigious distinction initiated by the likes of Charles Eames—this time for the model Autobahn. 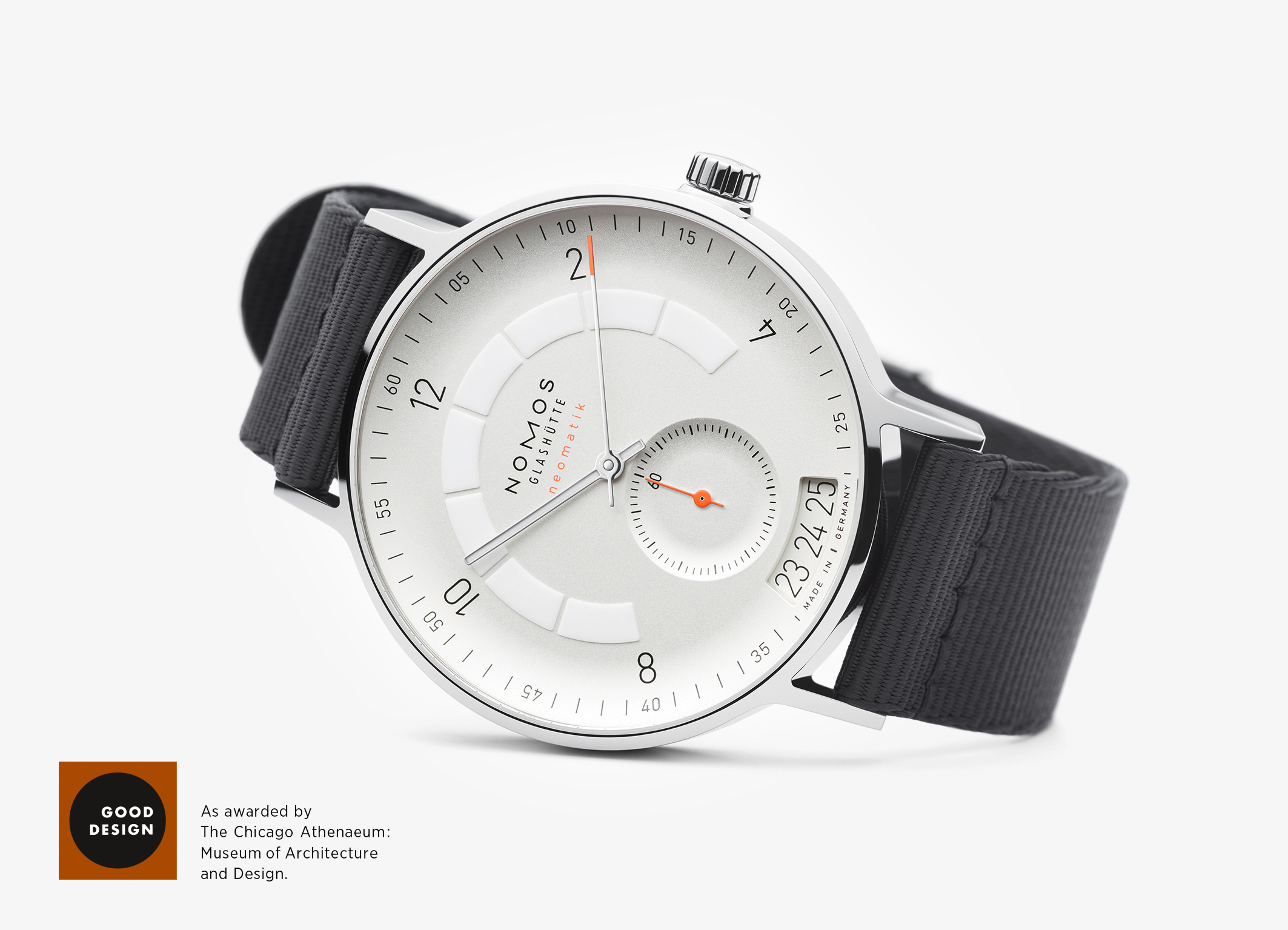 Glashütte/Berlin, January 2019. NOMOS Glashütte is pleased to join the winners circle for the oldest design prize in the world, the Good Design Award. The honor was bestowed on Autobahn. The internationally renowned product design award was established in 1950 by a group of designers that included Charles and Ray Eames. The award is presented to products that provide convincing solutions in their form, function, aesthetics, and quality.

Autobahn is one of the latest creations from NOMOS Glashütte, the automatic watch with a date display features clear forms, dynamic contours, and water-resistant performance to 100 meters. It is equipped with the most innovative movement from NOMOS to date, the neomatik caliber DUW 6101. With a thickness of just 3.6 millimeters, this slender movement concentrates an exceptional amount of expertise: 170 years of fine Glashütte watchmaking, meticulous German engineering, a generous dash of high-tech, and countless hours of craftsmanship. 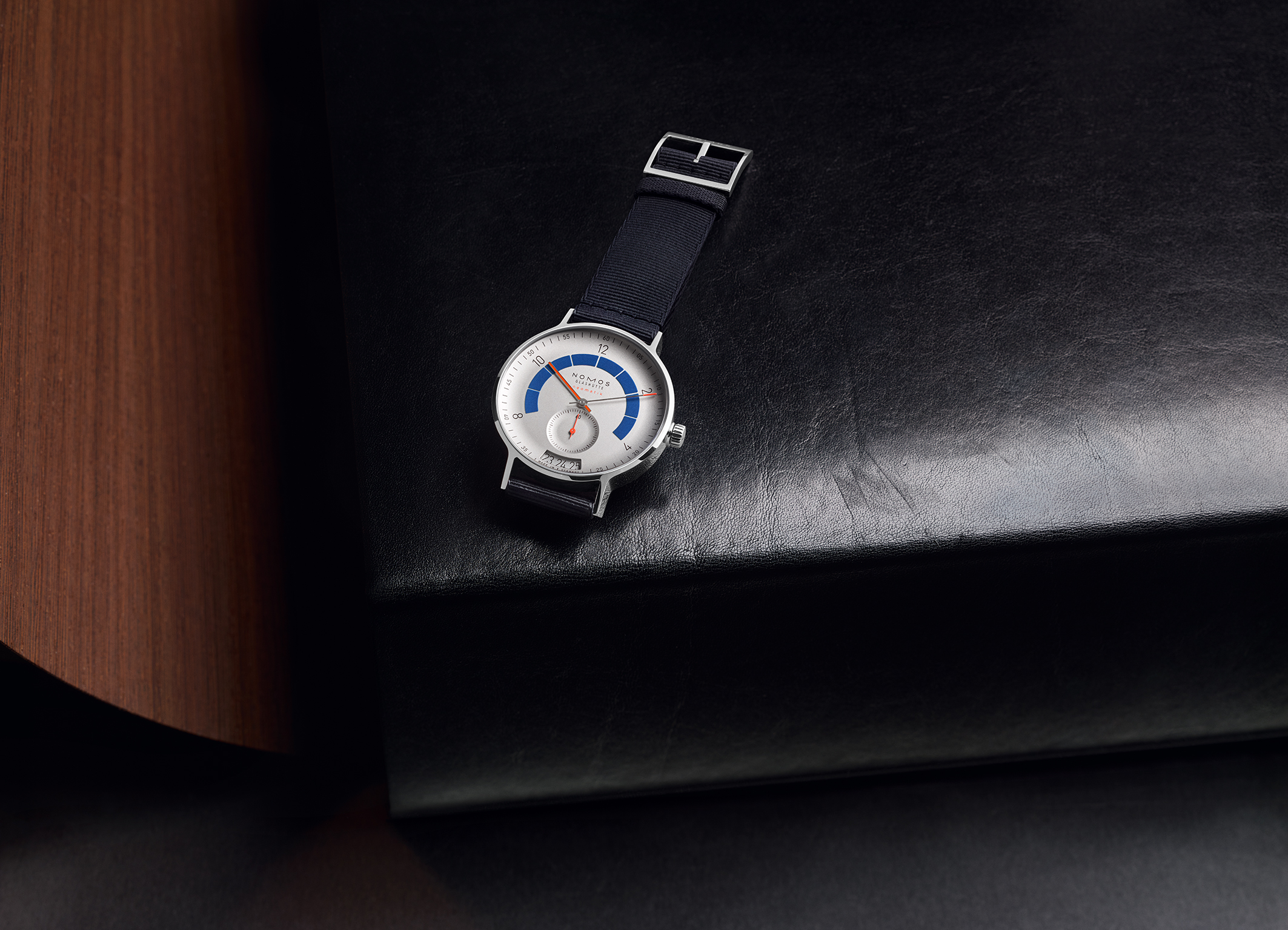 Product designer Werner Aisslinger and partner Tina Bunyaprasit, the creative team behind Studio Aisslinger, designed the bold timepiece for NOMOS Glashütte in collaboration with the watchmaker’s own designers. Their work can be seen at exhibitions worldwide—from MoMA to the V&A and Vitra Design Museum. Inspired by daring racetrack designs, the dial immediately launches into a steep curve, which is echoed in the sub-seconds. The elongated date window shows a trio of dates at a glance: yesterday, today, tomorrow. It also features a quick-change date function; just a half turn of the crown in either direction moves the display one day forward or back. Aisslinger and Bunyaprasit were delighted to hear the news: “Designing a mechanical timepiece was such a rewarding project. And now it feels incredible to win a Good Design Award for it. The year is already off to a great start.”

For Autobahn this award makes three. Shortly after its launch in April 2018, the timepiece from NOMOS Glashütte received a Red Dot Award. In November 2018, the German Design Council, founded in 1953 by the German legislature, and a global parliament of good design ever since, awarded its highest honors to Autobahn with the Gold category. And for NOMOS Glashütte, the Good Design Award is becoming something of a tradition: First presented in 2011 for the model Zürich, the watchmaking company also received the award for Tangente date (2012), Ahoi (2013), Metro 38 (2014), and Minimatik (2015).