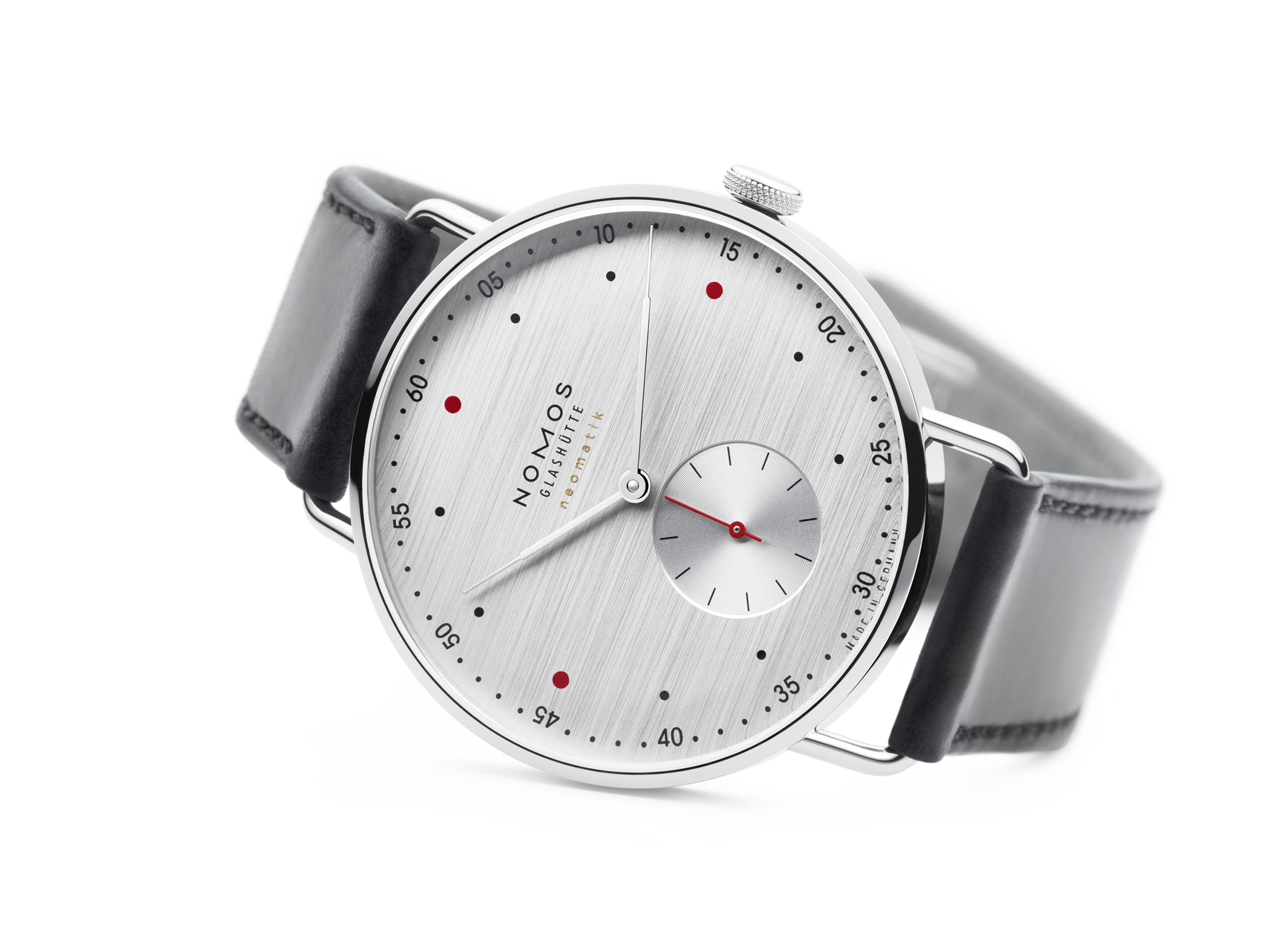 It’s yet another award for NOMOS Glashütte: Arguably the most successful manufacturer of mechanical watches in Germany has received the
iF Design Award for the seventh time in succession—for Metro neomatik 39 silvercut. With this award, the brand has been honored once again for outstanding product design. The expert jury selected the bestselling NOMOS timepiece, which is equipped with the proprietary automatic movement DUW 3001, from over 6,400 products from 54 countries.

Of the finest Glashütte caliber and conceived in Berlin, Metro was designed by Mark Braun for NOMOS Glashütte: “The tips of the hands resemble the Empire State Building in New York; the diamond knurling on the crown is a tribute to the watchmaking tools from Glashütte,” says the renowned designer. The sapphire crystal glass is slightly curved, while the dial—brushed horizontally with an elegant, silver-gray finish—features fine detailing. Thanks to the in-house-built, automatic caliber DUW 3001, this timepiece is typically NOMOS: ultra thin and highly precise. “That the expert jury are so impressed by Metro makes us immensely proud”, says NOMOS’ Creative Director, Judith Borowski.

The iF Award has been honoring outstanding achievements in design for over 60 years and is one of the oldest and most respected prizes in the industry. Among the award- winning “hallmarks of modernity” are numerous NOMOS watches: Tangente neomatik midnight blue won the famed prize only last year; and before it, Minimatik in 2016. In
the preceding years Metro (2015), Ahoi (2014), Tangomat GMT Plus (2013) and Zürich (2012) have been awarded the prize as well. NOMOS Glashütte has become particularly well known through its Tangente model, and is regarded as a manufacturer of classic mechanical timepieces in the traditions of the Deutscher Werkbund and Bauhaus. To date, NOMOS watches have received over 140 awards for design and quality.