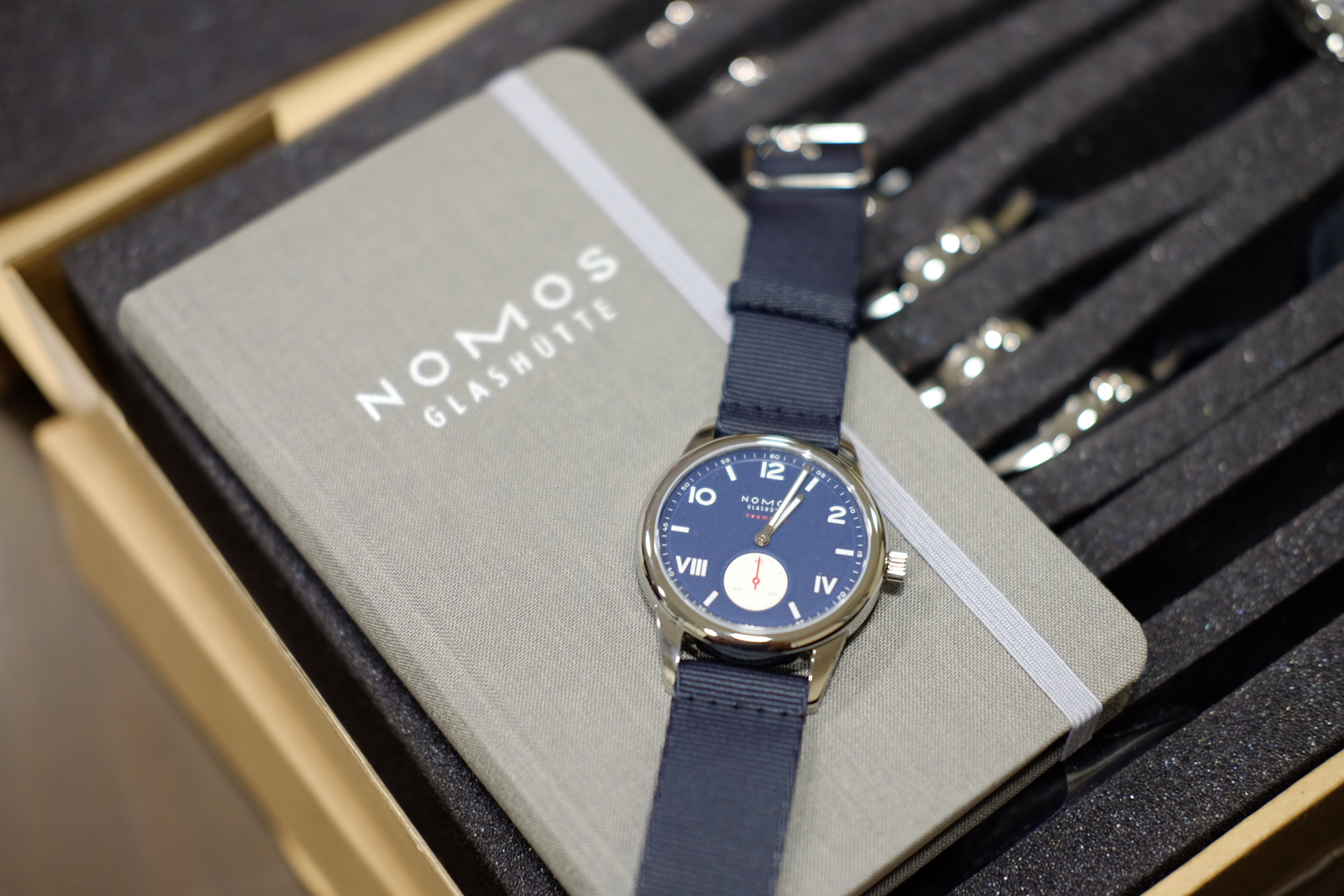 For those that don’t know who we are, just a quick introduction.  Carolina Watch Club is just like any other watch collector/enthusiast club.  I’ve often described it as a social club for people with a shared interest.  It’s an excuse to hang out, drink some adult beverages, have some food and bond over a shared love of watches.

As the club has grown, we thought it naturally presented an avenue for us to pool the resources of a group that has some disposable income (almost a pre-requisite to collect watches) to give back to the community here in the Carolinas.  At our holiday party last year, we were fortunate enough to have some local retailers (Windsor Jewelers and ECJ Luxe) donate some items and a member (Don Childress) build a watch, all of which we auctioned off and donated the proceeds to the Michael J. Fox Foundation.  Windsor even matched our donation.

After Don built that watch, it started turning the gears in our heads – wouldn’t it be neat to partner with a watch company to do a limited edition watch for our club members and find a way to donate some of the proceeds to a local charity as well?  We had reached out to a few brands, but many would require us to commit to a minimum of 100 pieces before they would do it which we thought would be a stretch given the size of our club.  Nomos was always part of the short list because I love their classic designs and I know they’ve historically been supportive of charitable endeavors with, to my knowledge, their collaboration with the National Breast Cancer Foundation and Doctors Without Borders.  I’m sure there are others I’m not aware of!  Candidly, we also thought doing something like the Club Campus would be a good price point to sell enough of to make it worth their while too.

When the process started, Nomos had hinted to us that the Club Campus would be released with a Neomatik version for the first time this year.  We thought it would be especially neat to do a limited edition in a model which is the first year that the model was available so that’s how we ended up on the Club Campus Neomatik.  Then, they’ve helped to add just enough bits of color and design to the watch to make it uniquely “Carolina Watch Club” while preserving the traditional Nomos styling: the dial is color-matched to the blue of the North Carolina/South Carolina flags, the sub-seconds hand and the “Neomatik” text is matched to the red on the North Carolina flag, with the white sub-dial to tie them all the together; the bottom of the dial reads “Carolina Watch Club” where it would normally read “Made in Germany”; our club name is engraved on the back (with part of our logo used in the “W” of Carolina Watch Club); and in a very subtle detail, the crown has a brushed outline of the two states of North Carolina and South Carolina on it.  We offered it in a limited production of 35 pieces exclusively to our club members first, with the intent to offer it publicly if any additional stock remain but right now that’s looking unlikely!

Last, we thought it was important for us not just to give to a charity, but one that was really locally-focused here to Charlotte and the Carolinas so we have partnered up with the Thomas Davis Defending Dreams Foundation.  A former Carolina Panther football player, Thomas started the charity with the goal of providing middle school aged children (ages 12-14 roughly) from underprivileged areas with leadership training.  It has since expanded to include food drives, holiday gift drives, and funding college scholarships for “graduates” of their programs that go on to college.  We thought it more important to have a really focused local impact than to just be some additional dollars that funneled into a large national charity.  The proceeds from the sale of the watches will be able to fund an individual college scholarship at the Defending Dreams Foundation offers.  Now, someone will go to college that may not have been able to otherwise afford it and that means a ton to us.  It would not have been possible without our partners in Windsor Jewelers and Nomos!